Control’s final months of development in mid-2019 saw extended bursts of iteration and change. Behind closed doors in the playtest lab, Control was being played by the general public. And in the room next door, in a soundproof observation space, Researchers studied the players’ behaviour, carefully tracking all 12 playtesters, seeking evidence of their misunderstanding or misbehaviour in Control’s unsettling world.

User research sessions like these had been a staple of Control’s development, with Remedy even building a playtesting lab in their Espoo offices. And for the final months of development, Remedy partnered with playtesting specialists Player Research for larger-scale sessions and their fresh take on Control’s player experience. Elise Torfs, Remedy’s User Research Specialist, explains, “We were really eager to test out some of the features and designs the team felt made the game unique, but could potentially cause the most issues for players. For example, the navigation system and the lack of hand-holding was continually of interest to the team”.

Remedy and Player Research share some of the changes these playtesting sessions informed in Remedy’s award-winning masterpiece.

‘The Oldest House’ is the players’ unpredictable and untrustworthy host. It’s a stark, brutalist, and unnerving space, in which Jesse finds the Federal Bureau of Control’s former office workers now possessed by some unknowable supernatural force.

It had been a continual challenge for Remedy to tell Control’s complex story in this unusual and changeable environment; between the eerie drifting walls, doors and hallways appearing, the building itself was hostile, changing, and held unclear motivations.

Player Researcher Jonathan Venne explains: “Remedy shared with us right from the beginning that Control was going to be this deliberately confusing and mysterious experience. They wanted to give the player a lot of space to figure things out for themselves, particularly around the layout and meaning of the Oldest House”. 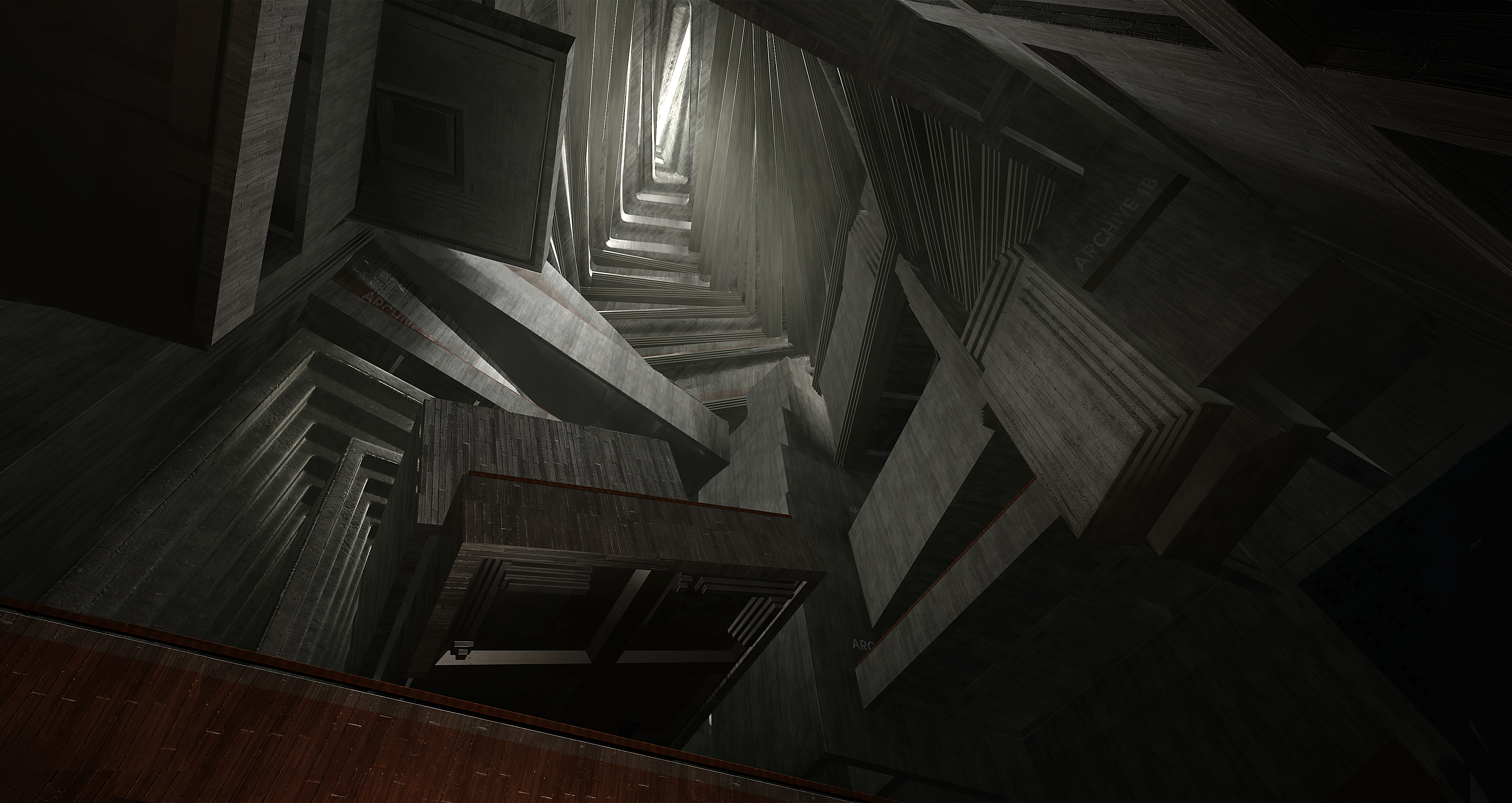 The FBC is haunting, beautiful, and disorientating.

Putting members of the general public into the game ‘blind’ was the perfect test for Control’s difficult-to-navigate world. And players certainly struggled. The deliberately-disorientating corridors left some players needing explicit guidance to get them back on the right path, which served to highlight the exact moments where Remedy could choose to design in-game interventions.

“In a playtest, we often won’t step in and assist playtesters if they’re stuck or lost”, says Player Researcher Benoit Lefort, “When players spend way too long in an area, that’s something we need to know. Only when we feel confident we know why players are stuck will we move them on”. Seeing playtesters struggle was an essential part of the research sessions and informed how the subsequent changes were prioritised, or potentially left unchanged. 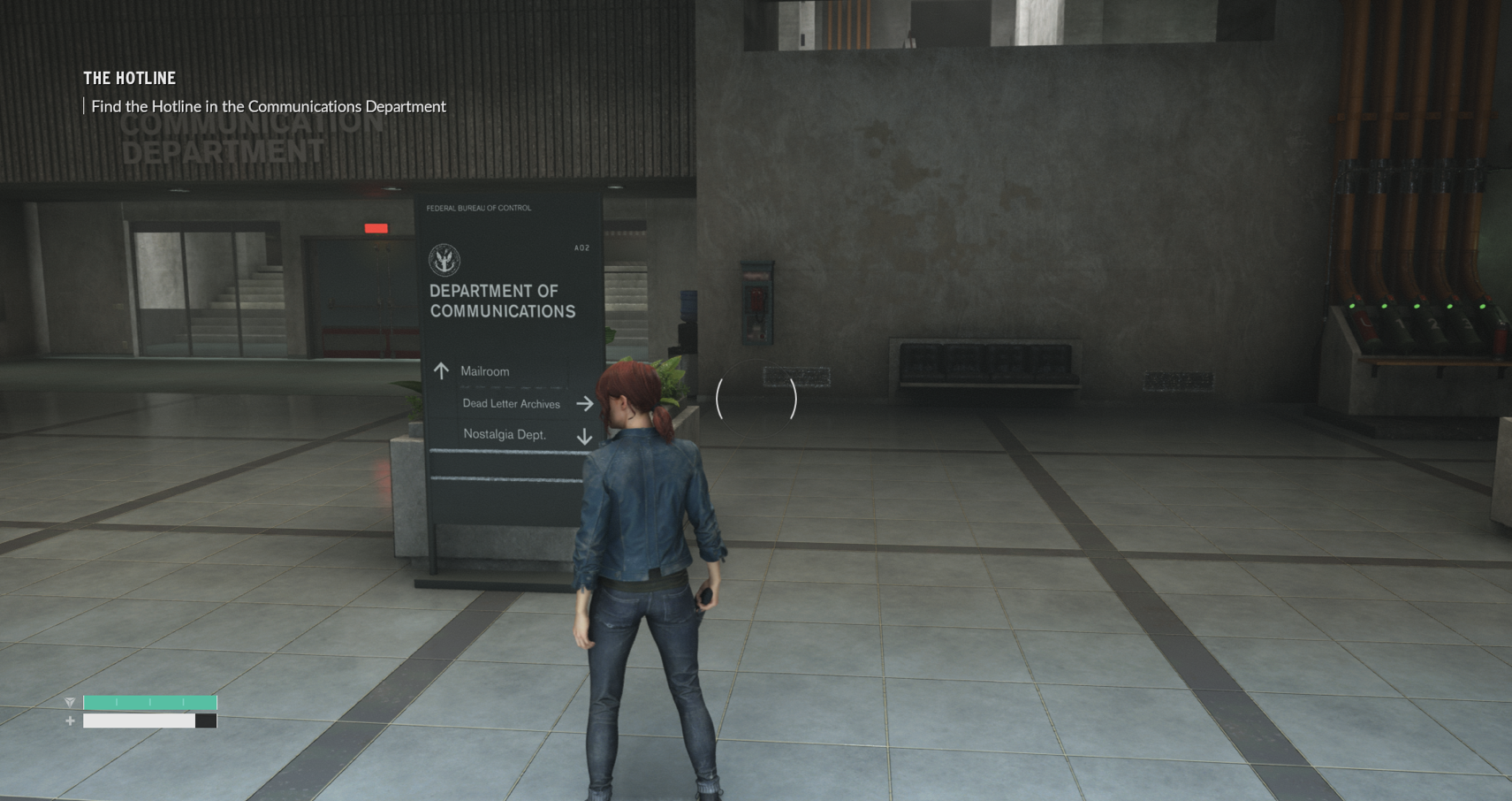 Remedy’s Elise Torfs explains the impact players’ struggles had on the game design: “the studies really quickly identified that some objectives were worded in a way that made them too obscure, and players struggled to understand how to proceed.”

“We ended up removing some obstacles that made it hard to progress, and re-worked the language for some specific objectives”

“Players were initially supposed to navigate through the Bureau only by reading the in-world signs. Once we did the playtests, it was pretty obvious the players were not finding their way, and getting too frustrated, so we finally decided to add a map. Ultimately that was the right call”. 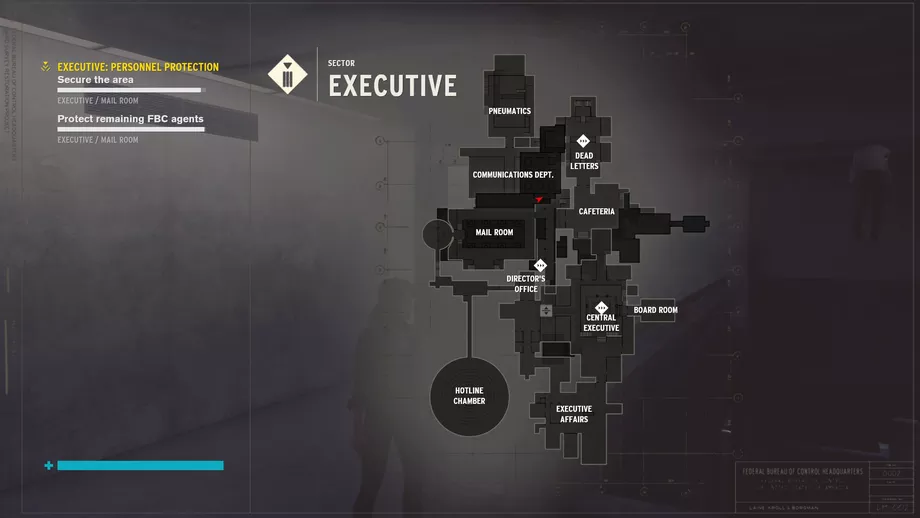 The in-game map added to Control

‘Ability Points’, Control’s in-game currency, unlocks both firearm and supernatural powers. It underwent a series of critical changes in the final months of development. Elise explains, “We really needed to know if players could learn the economy. Did they understand what they could do with mission rewards once they’d earned them? And for Jess’ abilities, would players understand the currency to unlock them, and how they can earn it?”

The earliest version of Control we saw had three different resources: health, Ability Points and Collectable currency. All were planned to use the same UI icon in different colours: green, white and grey. 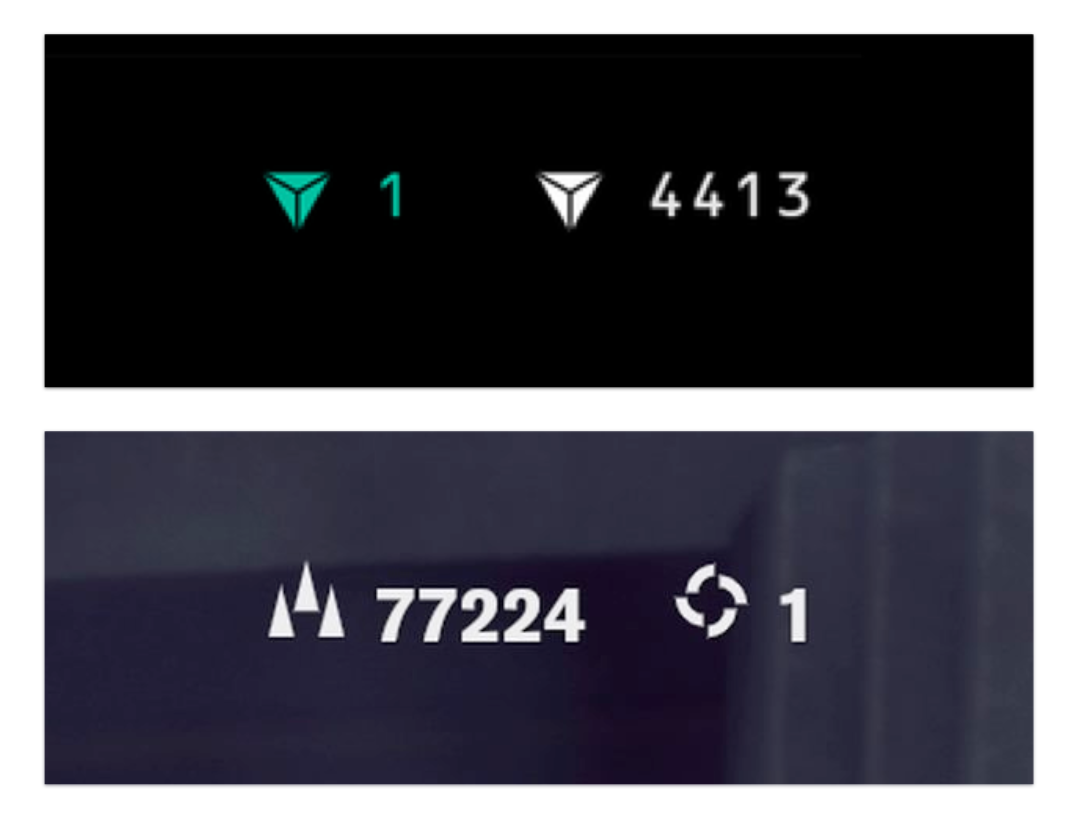 Player Researcher Brianne Stephenson explains why changes were thought to be needed, “with the old design there was a real risk that would be likely to confuse these three different resources using the same icon, even if they were different colours.”

Particularly for colour-blind players, using the same icon for each would have led to major confusion. Brianne continues, “For the currency icons, when we ran some screenshots through a color blindness simulator, the green and grey were nearly identical. We tend to suggest that colour alone shouldn’t be used to differentiate between elements, and that was our advice here”.

It wasn’t only the currency icons that would prove to be a barrier for colourblind players. Elise explains, “One of the biggest changes coming out of the first study was Player Research identifying that the doors weren’t accessible to those with red/green color blindness”.

The original design for locked doors in Control (left) using red and green to signify locked or unlocked. To players with colourblindness (right, simulated) the colours are indistinguishable

Players would need to be revisiting areas of The Oldest House several times during their Control playthrough, backtracking with upgraded keycards to allow access into new areas. To help players wayfind and remember rooms, the level’s stark open areas were often deliberately designed with sightlines to see both open routes and locked doors.

“The original design used a single light above the door, changing from red to green when it was unlocked,” explains Jon Venne, “but the specific hues would have been impossible for colourblind players to distinguish between them. The potential wasted time for those players would have been huge”. 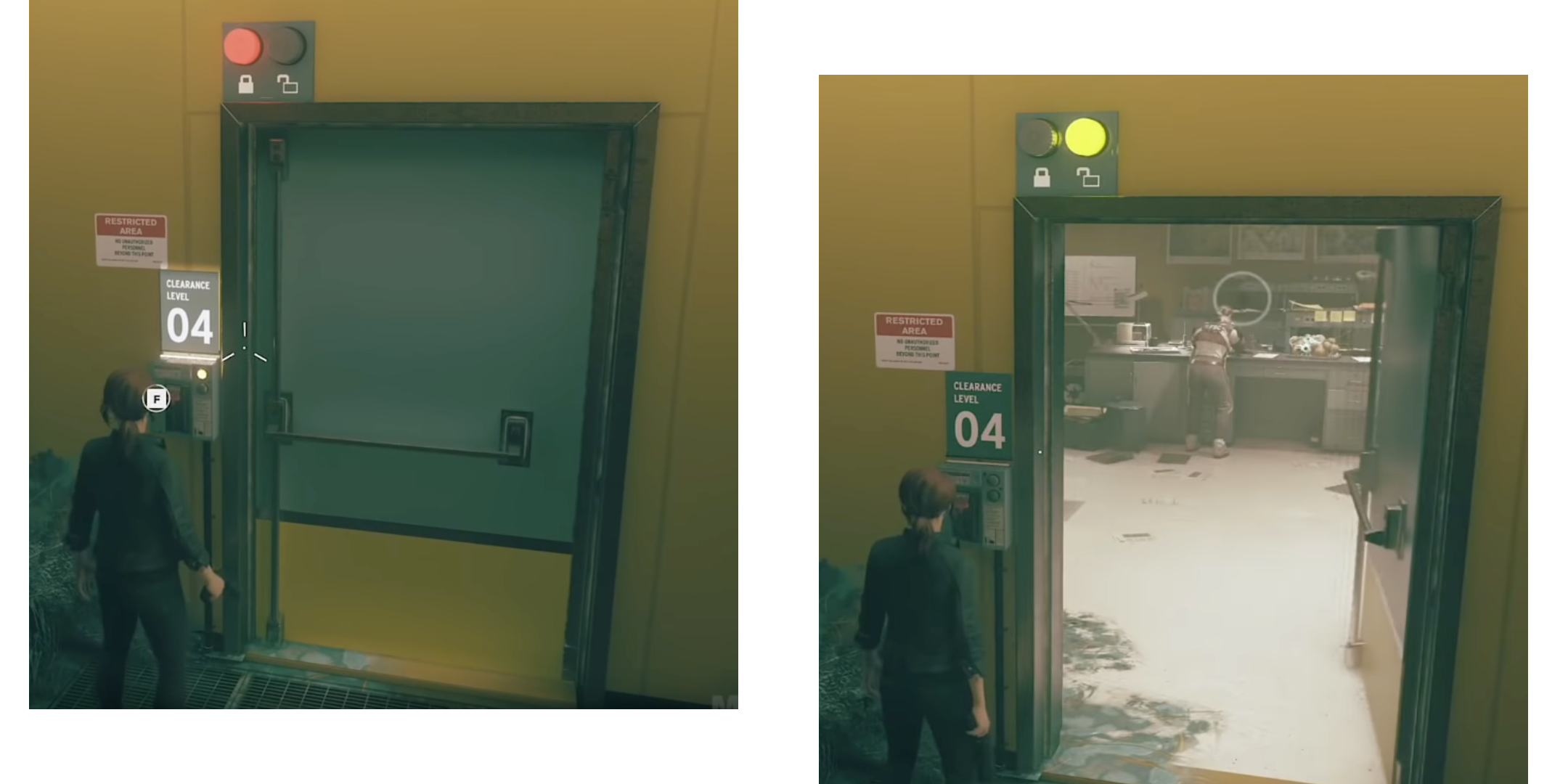 The shipped title changed the indicator design, altering from one light to a pair of lights, glowing in yellow and red, and displayed a padlock symbol under the corresponding light.

A small change with a huge impact on Control’s colourblind players’ ability to play as intended.

Remedy and Player Research’s final collaborations focused on research exploring wayfinding and players’ progression through the house, now aided by the presence of a map.

In the playtest lab, the researchers observed 12 players at once playing through the build from a soundproofed room in Player Research’s Montreal studio.

Elise explains, “In the large-lab playtests I was really able to notice some navigational issues that would later on be fixed, observing players backtrack in places that didn’t justify it, and adding my observational notes to the playtesters’ own feedback”. 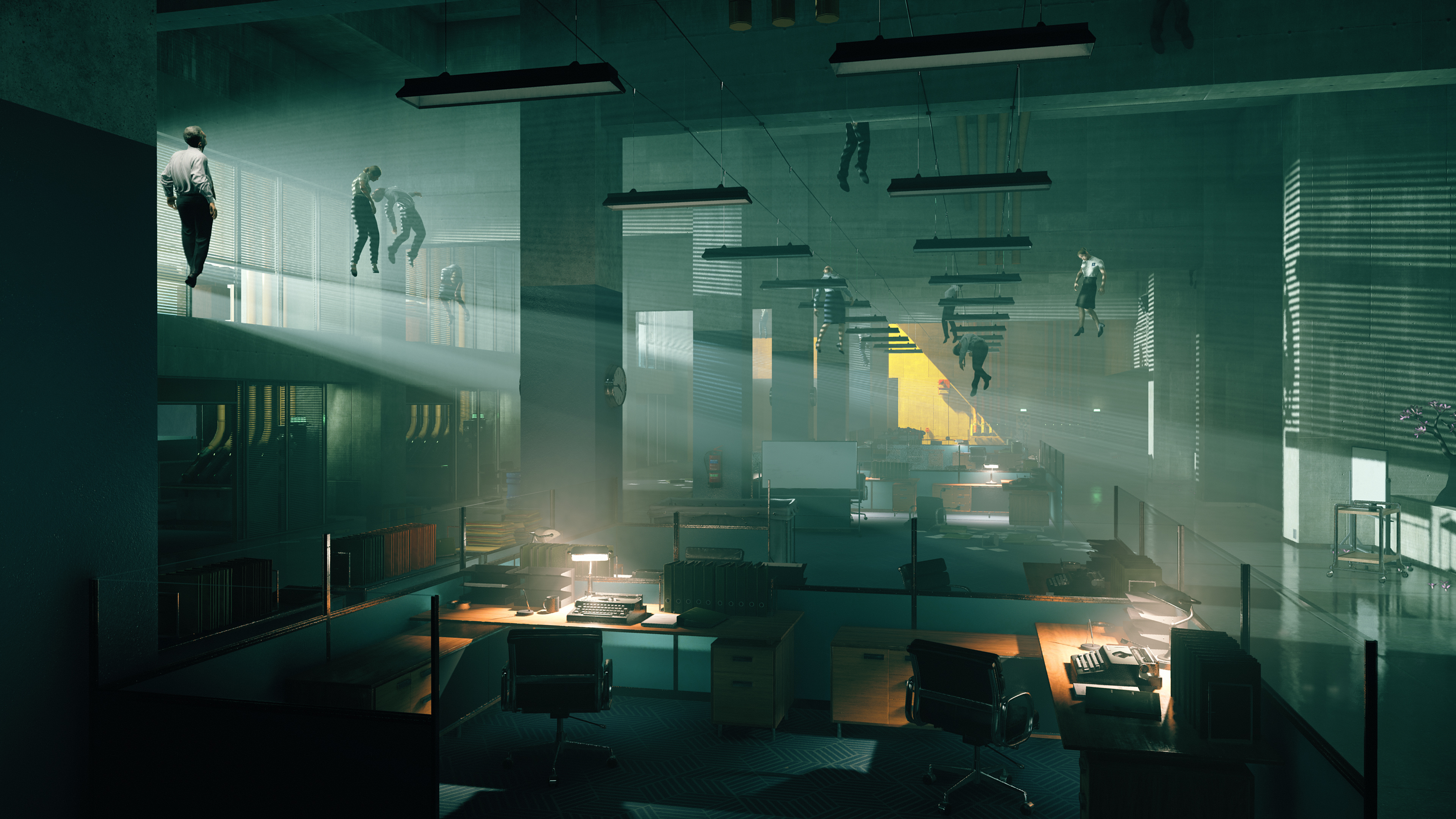 Remedy made countless tweaks based on these sessions, but one particular change stuck out for Benoit Lefort. “In playtesting of the very beginning of the first level, the initial door the player approaches swings open by itself to show a security office. Inside were brightly-lit computer screens showing lines and lines of text on the green-coloured computer screens. To players those screens stood out like a beacon: demanding their attention, and promising some answers or curios. But, the computers were just a prop. Although players could read parts of the text, it wasn’t relevant or meaningful. It promised to be players’ first clue, but turned out to be a flop”.

In the final version of Control, the text on the computer screens was removed, instead showing clearly-legible text warning of “LOCKDOWN IN EFFECT” and “MULTIPLE BUILDING SHIFTS DETECTED”. By knowing where players would look, Remedy could capitalise on an opportunity to slot in some precious environmental storytelling. 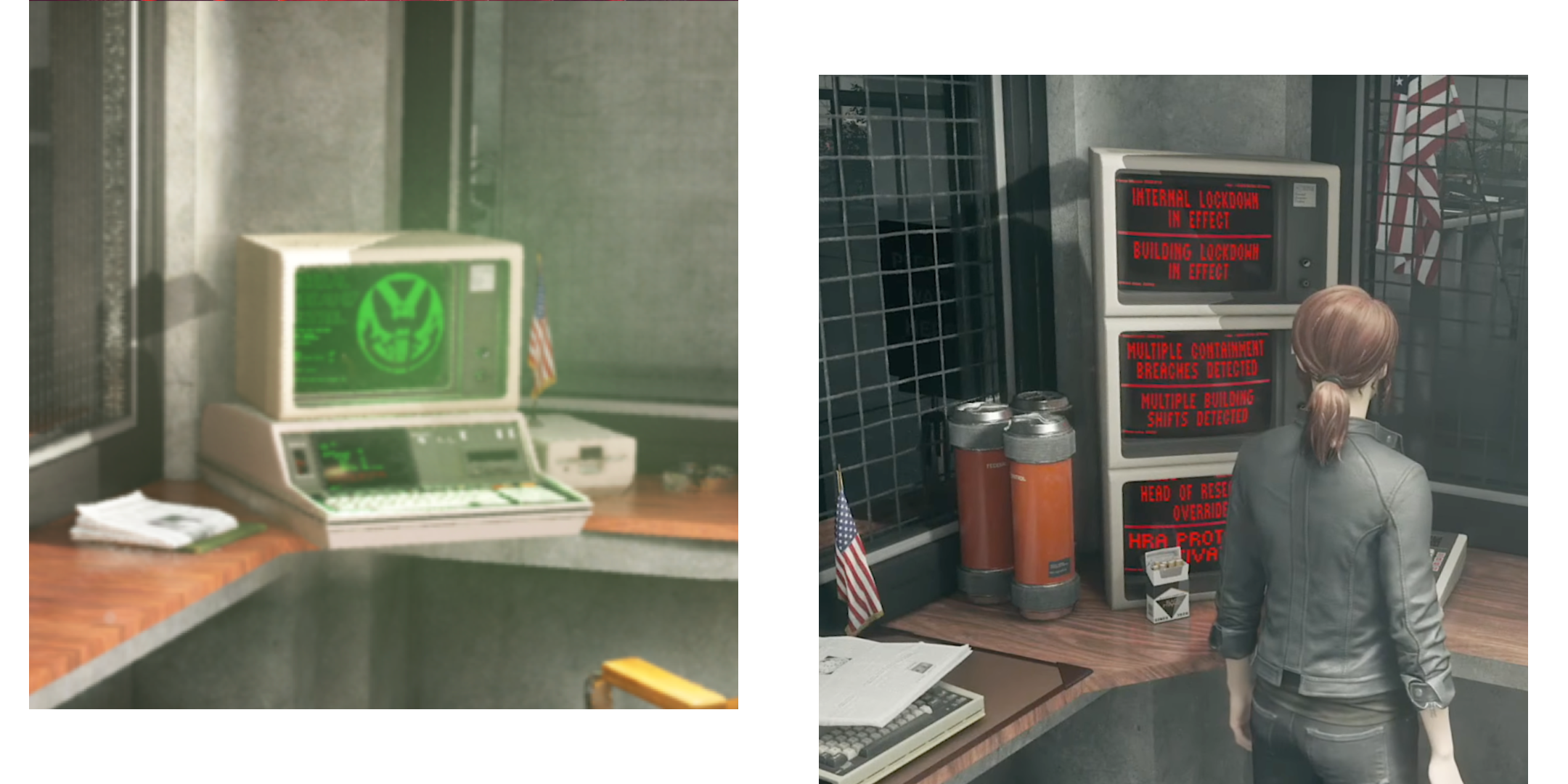 By discovering that players would explore this specific office, Remedy removed the old computer (left) and replaced it with meaningful environmental storytelling here (right)

It’s this minor issue that perhaps best exemplifies the value of researching with real players like this. By paying attention to the actual behaviour of players, developers are handed a unique power: to understand the moments where player effort and attention is wasted, and correct it in design.
In the words of Player Researcher Jhim Verame: “[It’s] possible for player’s behaviour and their thought patterns to be both totally rational and totally unexpected”.

There are those that worry about involving players in development processes, and the ‘watering-down’ of a titles uniqueness, but it’s clear that getting Control in front of playtesters significantly changed the game for the better.

“The voice of Player Research really has to be carefully maintained: to focus on data that brings game design closer to the design team’s creative vision, without undermining it. To look past what players say about a game, to really look at what they do and how they think, to improve the player experience in ways only game designers can conceive. That’s a tough yet essential line to walk”

For Remedy, it was a natural step for them to embed playtesting into such a risky game, and align with their studio goals of “creating longer lasting games, and pursuing strong business ownership” of their creations.

Blog: The development decisions and…

Blog: The Boogle House of…

Blog: Everything you need to…

Blog: The scary secrets of…

Using VR brushstrokes as an…